Cards are items that players can use in 100% Orange Juice. This page lists all the available cards included in the game.

Cards are obtained from Card Packs, which can be bought in the Shop using the Stars currency. Bought cards can then be viewed in the Binder, and be used when building a deck before a game starts.

Cards come in 3 rarities: Common, Uncommon, and Rare. There are 5 types of cards in the game: Boost, Battle, Trap, Event, and Gift.

Battle-type cards are cards that can only be used in Battle. These can give you an advantage, or give you a chance to avoid a disadvantageous situation.

Trap-type cards are set on the panels you're currently standing on. The next player who steps on the card will trigger the card's effect.

Event-type cards have unique effects, which can affect everyone, or the field itself. These cards should be used with caution.

Gift-type cards, introduced in update 1.14, have passive effects that work by just holding the card. 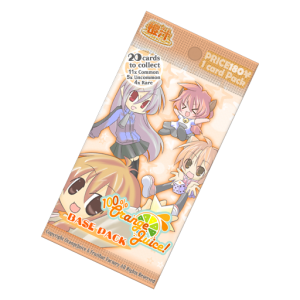 The Base Pack icon. 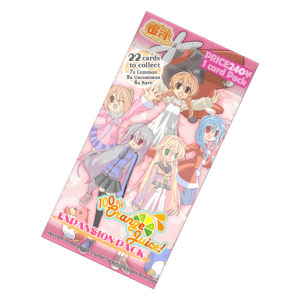 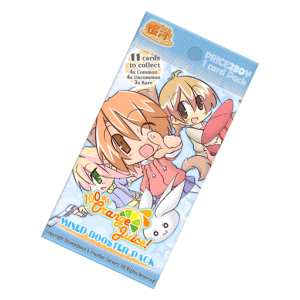 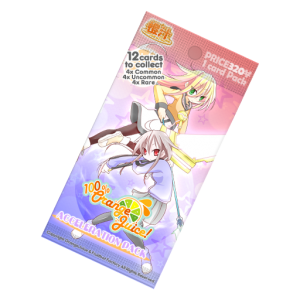 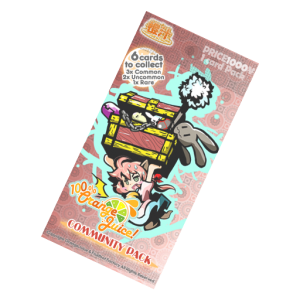 Each character also has their own unique cards called Hyper Cards.